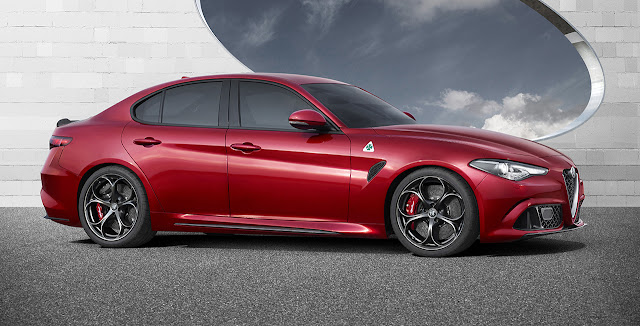 Like just about everyone on the North American end of the scene, I've been watching with a kind of religious anticipation as Alfa Romeo stakes its measured return to our shores. Unlike a lot of others, at least openly, I've been doing so with a serious dose of apprehension and skepticism mixed in with the longing.

If any single name embodies what I believe about cars and what I've intermittently tried to express here at SoM, it's Alfa Romeo - at least as it's presented in the rose-tinted oral history passed along by the true believers. The Giuliettas and Giulias and GTVs and Spiders, we are led to believe, existed simply to make the bliss of driving - in its spirit and elegance and Enlightenment empowerment, its ability to be a full performance art and act of evolved vitality - exist in the modern world. They were never scorchingly fast or exceedingly well-built, but they made the task of proceeding down a road into something very special.

A quick look around the modern market shows that kind of vivacity to be in scarily short supply, and so the idea of Alfa Romeo - Alfa fottuto Romeo - coming back to reclaim its rightful place and save us from the automotive world's standing sense of dour competence is enough to spark the kind of heightened emotional excitement that's usually reserved for Star Wars films.

So what's been going on?

Alfa's North American effort has been handed to Reid Bigland, late of Ram trucks, whose sense of Alfa history seems little expanded from what's viewable on Wikipedia and whose pompous steakhead blustering is totally at odds with this most civilized of marques. The first tangible product of this latest cross-Atlantic offensive is the 4C, a profoundly unrefined carbon-chassis bullet which exists perhaps solely because FCA desperately needed a cultural touchstone beyond Dustin Hoffman and (apparently) racing gamers found the 33 Stradale somewhere and thought it is/was cool. It looks like a Lotus Elise with worrisome hormone issues and its dynamic profile has been subject to more dispute and conflicting opinion than the average political platform. We are all now loudly applauding the mere idea of the new Giulia, with a (promised) ridiculous amount of Ferrari-sourced power under the hood and a Maserati-derived chassis which is due to arrive sometime next year, probably, we hope. All of this does not give me confidence.

But let's go broader. Never mind that the Giulia really does look like an F30 3-Series with a nose and tail job (pause to reflect on the loss that was suffered with the collapse of Bertone and the diminishing of the other classic coachbuilding houses) and we have no clue how well anything will work with anything else. Quell the mixed emotions in the air about the 4C. And let's completely set aside the heresy of the CUV due to follow in short form according to their marketing plan, lucrative though that will probably be in its own likely dreary way.

First, we won't know if the Giulia is a real Alfa, and therefore the real renaissance, until someone actually drives it and can honestly tell us all that the magic is there. The power output is great for advertising, but is secondary to the sense of the car as sensual entity and ennobling driving device. The Giuliettas and Giulias never had much gross oomph - Christ, they were little inline-fours - but they were pretty much the main reason the word brio exists in the American vernacular as it does. We have to see how this thing feels, how it is, instead of just being satiated by a bunch of projected numbers

Second, nobody wants to think that all this will be anything less than the Second Coming. Because that would be wrong.

Yes, I'm skeptical. But I really, really want to have those skepticisms be proven totally groundless.

We WANT this to be something brilliant and wonderful. We WANT this to succeed. We really desperately are praying that Marchionne's minions don't screw this up and hand us an overpowered lump of a car that ignores and defies what an Alfa is supposed to be.

A lot of this is because of how legitimately special the idea of a new true Alfa is to us. Past the lingering bitter aftertaste of the Milano and the 164 and the last asthmatic plastic-clad Spiders, if even then, most of us have never been able to know the truth of the name from the showroom floor. We'll take the unresolved 4C as it is because we're so desperate for a return, but the new Gulia is the real case.

A lot of it is because we, as enthusiasts, just don't like to see anything fail. Seriously.

This wish goes beyond Alfa, useful though it is as a focal point. This becomes something more encompassing and uplifting, if too often unrequited and tragic.

Being a gearhead is a constant exercise in hope and anticipation. Every new-model mention brings the promise of something better and more exciting. Reality hasn't been entirely kind to these ideals lately, but the constant flow of chatter and rumor serves to keep a sort of spirit alive. We want something good, we want something new, we want something that makes this emotional investment and devotion worthwhile.

Maybe we are at our core a hopeful and optimistic folk. Maybe we've weathered enough induced silliness and deferred gratification that we'll project our wishes and expectations on any available screen. Maybe we just like to be titillated by something new and interesting.

Take something far away from an established identity like Alfa's. Take Elio. 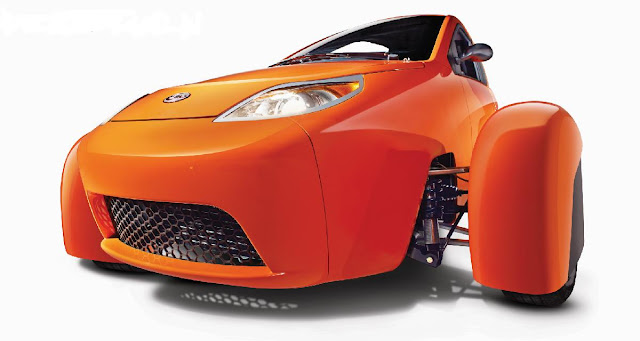 Yes, that ridiculous little three-wheeler econocommuter tooling up for production in the old GM truck fatory in Louisiana, with its pie-in-the-sky promises of simplicity and efficiency and extreme low price and so on.

I'd love to see Elio become a sustaining success. I want them to come out and do well, almost just as a rebuke to the dreariness of the lower end of the market. I want them to be a lovably eccentric presence on the road. (Will I want to own one? We'll see.)

Hell, take Tesla and all they've done. How can you resist the story of a slightly unhinged dot-com billionaire who stumbles through an unlikely and occasionally troubled start with a Lotus-based electric (two concepts that do not share space comfortably) roadster and then drops arguably the best car in the world on us? Yes, so they're behind on their ambitions for battery swapping and a few other things. The car is still amazing and the whole story should have us applauding every time one drives by.

Enthusiasm isn't - shouldn't be - a zero-sum game. We want everything to be great, and we want everything on the horizon to fulfill some unspeakable life-fulfilling mandate. We want Camaros and Mustangs to both be terrific. We want BMW to rediscover its Wagnerian soul and Honda to relocate its Zen-speedster center. We continually hope that Jaguar somehow defies both its shoddy rep and underappreciated current product line and gets its act together.

And we really, desperately, achingly want Alfa to be Alfa again.

Because we don't want the world to fail us - again - when it can be so good.
Posted by Patrick Frawley at 10:03 PM No comments: